The Benefits of Cogeneration 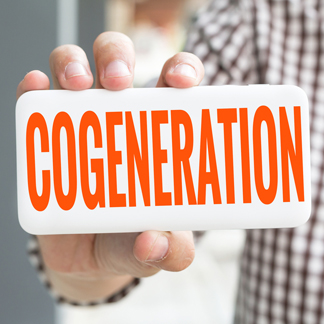 The Benefits of Cogeneration

First, you may be asking yourself, “What is cogeneration?”

Well, stick around and we’ll fill you in.

Now, cogeneration may sound like a cutting-edge method. In actuality, cogeneration has been a reliable practice dating back to the 1880s when it was used by Edison’s Pearl Street Station to heat buildings in lower Manhattan. Since then, the process has been used through the industrial revolution and into the 21st century.

The process utilizes energy from turbines turning it into a useful steam generator that can be used in several applications—with no additional fuel expending. The result of this energy exhaustion is the overall efficiency of CHP systems with the potential to exceed 80%. With an efficiency of this caliber, cogeneration is considered to be one of the most energy-efficient methods of power generation.

There are several advantages to opting for the use of cogeneration as a facility’s primary method of power generation. Let’s go over a few.

Irregular electricity energy sources can manifest an unstable working environment. If a power outage or disaster occurs, a cogeneration unit can provide safe working conditions for employees and can deter a company from experiencing unscheduled downtimes.

A cogeneration unit requires less fuel to produce standard energy output. At the same time, CHP avoids losses that occur when electricity is transmitted over power lines. According to the United States Environmental Protection Agency, the five major power grids in the United States, average transmission and distribution losses vary from 4.23% to 5.35%.

When a facility relies on cogeneration for facility energy, fewer fossil fuels are burned in the process. Due to less fuel being burned to produce energy, cogeneration reduces carbon emissions thus benefitting the environment.

The ability to lower overhead costs makes cogeneration even more attractive. CHP can help a facility lower monthly energy costs allow them to allocate portions of its budget elsewhere that could potentially increase operation productivity.