The Wonder of Geothermal Heating 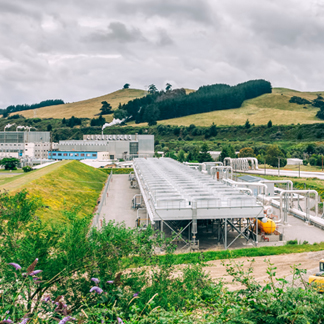 The Wonder of Geothermal Heating

If you’re privy to pop culture, you may be familiar with the phrase, “ Winter is coming. ”

If not, the words mean all the same; winter is indeed coming. In reality, it’s already here.

Keeping a home warm enough to withstand inclement weather can be costly and require constant maintenance. But, there’s an alternative to fossil fuels that’s kind to your wallet and even kinder to the environment. And it comes from right under your feet.

Geothermal heating is the harnessing of Earth’s heat energy that lies below the surface and transforms it into warm air through the use of geothermal heat pumps (GHPs). To some, it may sound like a new concept, but you may be surprised to know that’s it’s been an energy source for over 50 years. After having been invented in 1946 by engineering designer J. Donald Kroeker, the 1973 oil crisis pushed geothermal technology into prominence and has been gaining popularity since.

The technology involved with geothermal heating makes use of the Earth’s ability to absorb sunlight and keep sub-surface temperatures at approximately 50℉ — even in cold weather climates. It begins with the installation of underground liquid-filled pipes that trap heat energy and relay it to previously installed GHPs. The energy is then absorbed and dispersed throughout the home’s ductwork, much like a gas furnace — minus fossil fuel emissions.

If you happen to be questioning the technology’s lifespan, don’t. GHP’s are reliable long-term investments as they withstand the test of time. For indoor components, owners should expect to get approximately 25 years out of the equipment. Ground loops last even longer by staying fully-operational for 50 years and beyond.

The use of geothermal heating is viable, renewable, and cost-effective in the long run. The US Environmental Protective Agency (EPA) shows evidence that homeowners that make the change to geothermal heating can save anywhere from 30% to 70% on heating costs when compared to traditional heating systems. So instead of watching energy costs skyrocket during the winter months, consider joining forces with our wonderful planet and take advantage of the warmth it has to offer with geothermal heating.